The Lift Singer of Doha 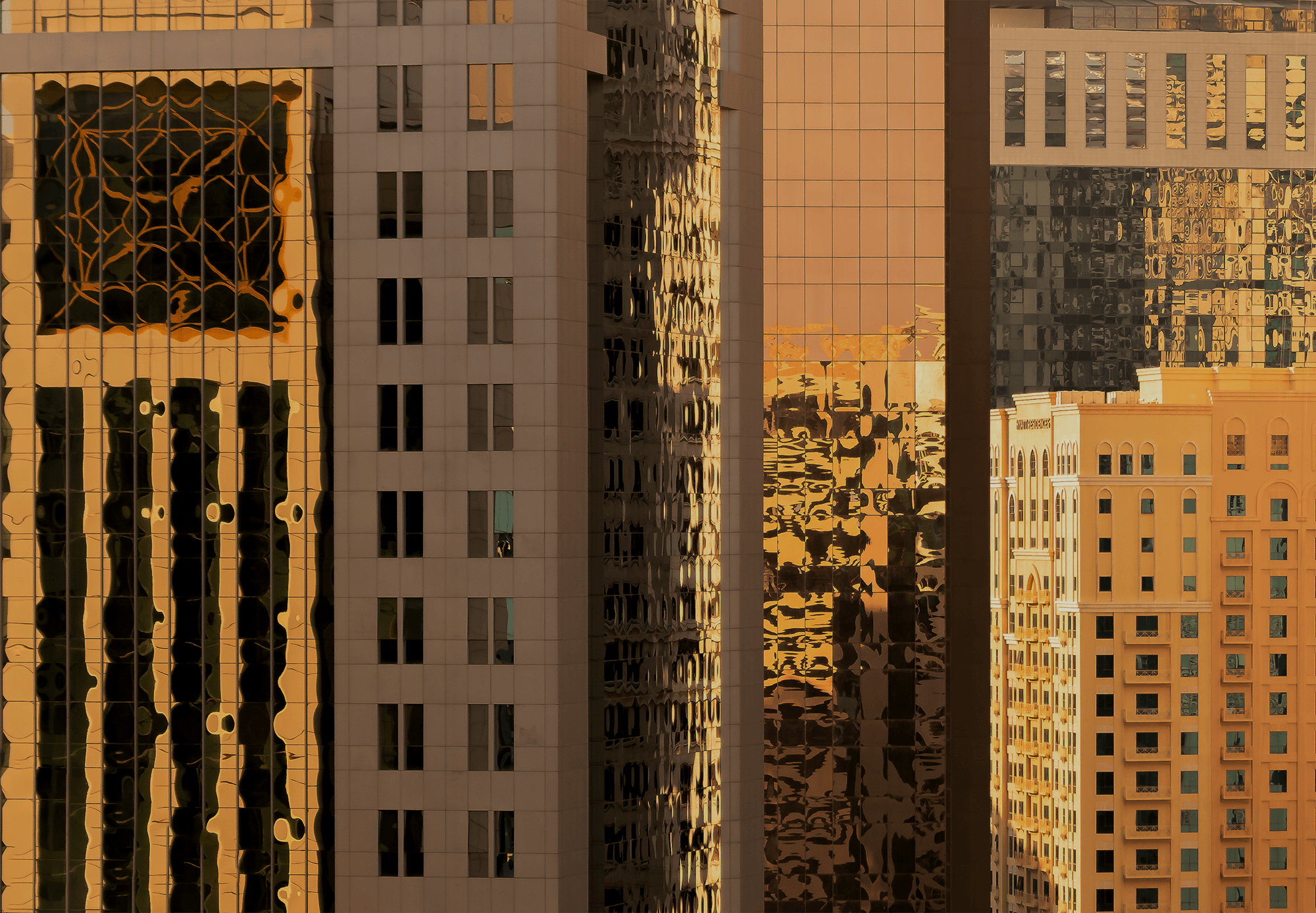 This short story is inspired by a real-life incident I experienced in my apartment building. I found a man singing his heart out in the elevator who seemed not to realised that he either hadn't pressed a button or it hadn't registered (the lift was pretty flaky). I've exaggerated some details and added the story about Callum, which aims to express how a change in perspective can alter a person's outlook, not only on Doha, but on life itself.

The Lift Singer of Doha

Callum trudged into the lobby of his building just as the lift doors closed. He stared at them in resentment. His apartment stood on the fortieth floor of an eighty-floor tower-block whose elevator was notoriously slow and unreliable. In their wisdom, the architects had stuck the glass lift on the outside wall, perhaps for the benefit of liftees but more likely, merely to attract attention. The result exposed the occupants to the ridicule of passers-by who pointed and laughed at the idiots living beyond the reach of the emergency fire ladders.

He jabbed at the elevator button in full expectation of a long wait, but the doors slid open immediately. A tenor aria burst forth, its melody soaring, falling and returning, the clear, perfect tones resounding through the lobby and trembling the chandeliers. Callum peered inside. Standing with his back to the door, a short man in olive slacks, summer shirt and grey fedora sang without restraint or pretence.

Callum stepped in and pressed his floor, noting that no other buttons were lit. The man’s voice broke off, and he half-turned. He was oldish with a liver-spotted face, and his hooded eyes slid past Callum to glare at the bank of silver circles as if reproaching a faithless friend. With deliberation, he reached out and pushed the topmost button. The doors closed, and the lift began its ponderous ascent.

To avoid their embarrassment, Callum studied the scuffs on the walls before pulling out his phone to check his messages. The singer, in contrast, stood with his hands folded loosely before him, observing the scene outside with a faint smile, as if finding something to admire in the clogged traffic, half-finished skyscrapers and unwashed windows. At the fortieth floor, Callum scuttled out and heard the notes of the aria resume behind him before the lift doors had closed.

That evening, he could not concentrate. His quarterly reports lay unfinished on the table while his thoughts kept returning to the bizarre old man. Was he a new resident, a visiting friend, or a far more sinister figure altogether? Was this some perverse hobby he pursued, roaming the city, hunting for vacant spaces in which to ejaculate his song?

After enduring a restless sleep, Callum awoke the next morning groggy and unrefreshed. At the office he remained distracted, haunted by the man and his cursed aria. The hours dragged on until the close of business when at last he made good his escape. On impulse, he avoided the metro and took to the streets, hoping some air would clear his head.

Upon entering the lobby, he pressed the lift button, and once more, without pause, the doors slid open. For a second, his spirits lifted in half-expectation of encountering the strange singer but plummeted as he stared into the scruffy, silent container, empty aside from a discarded sweet wrapper.

As the elevator rose, he stood in the presence of the man’s absence. His phone buzzed, but he ignored it and instead gazed out of the window—something he had not done in months, if not years. The early evening sun gilded the edges of the nearby towers, enriching their shadows and raising the veil on a modern Ophir. Pink turtle doves swooped through the glittering canyons above bustling, polychrome streets where chattering people streamed home to friends, families and lovers. Beyond the buildings, the turquoise crescent of the bay turned cerulean beneath the radiant magnolia sky. As the lift continued its deliberate climb, he passed balconies bursting with potted red chrysanthemums and sunburst orange French marigolds, where strutting, yellow-billed Mynah birds sang for the close of the day.

With no conscious intention, he cleared his throat, raised his head, and joined them in song.